Last year's Christmas Day assassination of a married couple Yusuf and Fahiema Enous who were to testify as witnesses in a Pagad related bombing trial made headline news for a couple of important reasons. On top of the horrific nature of the act that left a four-month-old baby lying in her dead mothers arms, the event was particularly newsworthy as both witnesses were under the protection of the National Witness Protection Programme. These murders raised public concerns about the general effectiveness and reliability of the programme.

According to programme officials however, the tragedy occurred, not as a result of negligence on the part of staff of the programme but because the witnesses breached their own security when they invited their extended families to visit them at their safe house. This was in direct conflict with an agreement they had signed with the programme that they would not disclose their whereabouts. It is suspected that this security breach led to their assassins being able to locate and murder them.

In relation to the National Witness Protection Programme as a whole however, a recent research report indicates that the programme is operating reasonably well. The report titled "Testifying without Fear" and released by the Centre for the Study of Violence and Reconciliation presents the findings of the first independent research project to be conducted on the programme. The report emphasises that, while there are priority areas that need consideration, there are no big 'quick fix' remedies for improving the programme overall.

Having been in operation since 1995, the programme is presently protecting around 730 witnesses whose lives are in danger as a result of 360 criminal cases. These assassinations produced the first "losses" that the programme has experienced. So far most of the problems confronting the programme appear to be related to a steep learning curve being experienced while the programme engages with the diverse needs and characteristics of South Africa's witness population.

Witness protection programmes generally have to face a myriad of complex challenges. Mostly these have to do with problems associated with removing individuals and families from their homes and placing them in unfamiliar places for long periods of time without the benefit of the social support systems they previously relied on. Many of these witnesses are ordinary citizens, but often include criminals who have turned state witness in exchange for indemnity from prosecution.

The isolation and stress that people on a protection programme experience often exacerbates other personal problems they may have. Alcohol and drug abuse, nervous breakdowns, marriage and other family problems often come to the fore and can result in witnesses breaching their own security or leaving the programme prematurely. While protection programmes can minimise these problems through providing support services, doing so drastically increases costs. The programme can only meet these costs by significantly reducing the numbers of people who can be provided with protection.

Even without such services it is an extremely costly business running a witness protection programme. If witnesses benefit economically from being on the programme defence counsel may use this to undermine the legitimacy of their testimonies at the trial. At the same time they cannot be left financially worse off while on the programme either as this would serve as a further disincentive to witnesses being willing to testify. The South African witness protection programme therefore reimburses all witnesses for legitimate finance losses incurred while being protected.

A key area for improvement is the recruitment and training of security and support staff on the programme. While the programme falls under the Department of Justice, SAPS members mainly staff it. At present 70 police members seconded from the different provinces are responsible for providing the security. Provincial Police Commissioners, who may be reluctant to let their best members serve on the programme, ultimately decide the numbers and competence of programme staff in each province. As a result there are huge staffing discrepancies between the provinces. In the Northern Province staff numbers are more than adequate with one security officer to four witnesses while in Kwa-Zulu Natal the programme is drastically understaffed with one officer to twenty-six witnesses. In addition to understaffing in some provinces there have also been complaints from witnesses relating to abuses of power and ill treatment by some programme staff.

A further area for improvement is the screening of witnesses and briefing them about the programme. The programme needs to be able to accurately assess and respond to the safety and social needs of individuals who apply for protection. There have been cases where individuals have provided false information or used gross exaggeration to gain access to the programme in an attempt to escape debts or other responsibilities. There have also been cases where witnesses have complained to the media about what they considered unfair or ill treatment on the programme. Subsequent investigations by the Public Protector or the Human Rights Commission revealed the complaints to have emerged more as a result of the witnesses not having been fully aware of the difficulties they would have to face while under protection, rather than as a result of any particular wrongdoing on the side of the programme. However, the damage to the programmes credibility by the negative publicity had already been done.

The new Witness Protection Act, which came into effect in March 2000, has rectified some of the earlier problems by providing clear procedures and guidelines in relation to admission to the programme, financial compensation, and other issues. More recently the decision to place the programme under the National Prosecuting Authority may also be of benefit to the programme. Nevertheless there are a number of problems with the programme which still need to be addressed if it is to be the type of asset to our Criminal Justice System that such programmes have been in other parts of the world.

Gareth Newham is a former Project Manager in the Criminal Justice Programme at the Centre for the Study of Violence and Reconciliation.

Originally published in the Sowetan, 20 February 2001. 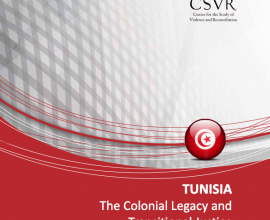