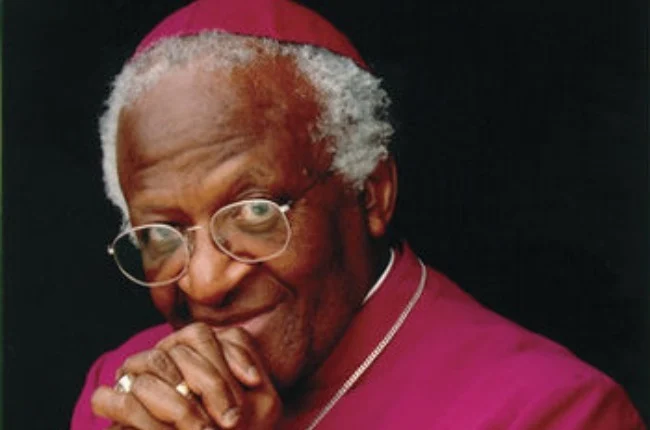 The Centre for the Study of Violence and Reconciliation joins the Tutu family, the nation and the world at large in mourning the loss of an icon, Archbishop Desmond Mpilo Tutu who passed away yesterday morning.

Archbishop Desmond Tutu became honorary patron of the CSVR in the mid-1990s. He agreed to Graeme Simpson's extraordinary request to associate himself with us because he recognized the CVSR's unique contribution to building reconciliation – not merely as an abstract idea, but through work with victim communities and commitment to justice and equality in social, political and economic terms.

Desmond described the CSVR as being unique in its commitment to building democracy, achieving real reconciliation among South Africa's disparate groups, and deepening its culture of human rights. He stated that he was most impressed by the CSVR's attention to the needs and interests of victims, and to youth and gender-based violence – issues that are not always a priority for human rights organisations, but in which the CSVR has established expertise and a track record.

Desmond's time and reputational magnetism was as precious a commodity to us as it was to many others who were fortunate enough to cross his path. We deliberately did not ask much of him and did not want to impose. His generosity of spirit meant that he accepted our request that he be our patron without hesitation. He was a figurehead, reference point and moral compass for us, as he was indeed for the country as a whole, rather an operational interlocutor.

We interacted with Desmond at various times during his role at the Truth and Reconciliation Commission. We would like to believe that he particularly appreciated our role and investment in the formation of Khulumani Survivor's Support Group, a victims' organization that remains a vital voice and was a key agent in both shaping and challenging the TRC in its daily work… and engaging its legacy. Desmond -to his eternal credit – welcomed rather than defended against the voice of the CSVR and those like us, who were critical partners to the TRC, both giving sustenance and input and constant attention, but also holding its feet to the fire. We had robust debates on reconciliation … and particularly on the controversial topic of 'forgiveness'. But Desmond's embrace was unconditional, his trust in our integrity was a treasure, and his responsiveness to our advocacy was inevitably supportive, even in the face of our foot-stomping borne of legitimate frustration. We believe he loved us – in part because he had so much love to share – mostly because he believed so deeply in our fundamental quest for justice and accountability.

Desmond was unique in holding those sometimes seemingly opposing values of justice and reconciliation in a delicate balance, which is why he was so perfect as an icon for an organization which built its mission on precisely that sometimes fragile and hazardous bridge.

Desmond did not play politics. He played justice. Desmond, you and your spirit will forever be our lodestar.