The South African Police Service (SAPS) fell under the spotlight again recently with the release of the national crime statistics. Some responses to the latest statistics were quite positive focusing on the overall decline in crimes such as murder with increases in other categories interpreted as proof of higher reporting, reflecting greater confidence in the SAPS. Others were more guarded, drawing attention to continuing high levels of crimes such as rape.

The annual report of the SAPS not only carries the latest crime statistics, but a mass of other data. In addition to the crime statistics the latest report indicates, for instance, that the detection rate on murder has increased by 3.5% to 26% another reassuring sign.

The SAPS report provides a lot of detailed information. But the SAPS arguably also benefits from the fact that much of the scrutiny which they are subjected to, by the media, and even by parliamentarians and others responsible for evaluating their performance, is relatively uninformed.

Earlier this year the Centre for the Study of Violence and Reconciliation (CSVR) published a handbook, The Police That We Want, which aims to strengthen police accountability in South Africa, by putting forward a framework for evaluating the police.

Underpinning the handbook is the concept of 'democratic policing' which refers to the type of policing that is appropriate to a democracy. The handbook identifies five key areas in relation to which police services in a democracy may be evaluated. The areas are:

With regard to protecting democratic political life one may reflect on the parliamentary and local government elections which have been held since 1994 and the important role which the SAPS has played in contributing to their success. While there have been aberrations in this regard the SAPS has also escorted thousands of demonstrations, thereby supporting people in exercising the freedoms of expression and assembly.

In terms of accountability and transparency the SAPS has consistently demonstrated a seriousness in fulfilling its obligations in reporting to the treasury, and to parliament by means of the annual report.

The latest crime statistics provide a point of departure for examining the third area, that of service delivery. Responsibility for dealing with the high levels of crime is one which needs to be shared across South African society, and does not rest entirely with the police. But the continuing high levels of serious violence such as rape and robbery mean that we can at best give a mixed response. Nevertheless we can acknowledge the many cases which are effectively investigated and other positive results that are achieved.

Police conduct in South Africa has clearly changed profoundly from the type of policing that characterised South Africa prior to 1994. Most people are treated with basic decency and respect by the police, reflecting the fact that what we now have is a profoundly different police service.

At the same time the area of police conduct perhaps exposes the greatest weaknesses in the SAPS. The impression is that the existence of the Independent Complaints Directorate is used by the SAPS as a justification for passing the buck in terms of its own responsibility to manage the conduct of its members. Not only in relation to corruption, but also in relation to continuing reports of torture, the use of lethal force by SAPS members, and the ongoing problem of deaths in custody, the SAPS has been far from convincing.

On the other hand, the fifth area, which concerns the treatment of police officers by the SAPS, is one in relation to which one may again be quite positive. Achievements which the SAPS may be commended for include significant reductions in the number of killings of police, systems that have been put in place to improve employment equity, and support services which have been put in place for police officers.

There is clearly a lot to be positive about in the development of policing in South Africa since 1994. It is not surprising that South Africa is regarded in other countries as an example of highly successful police reform.

Over the coming months the Centre for the Study of Violence and Reconciliation aims to carry out an evaluation of the SAPS based on the five areas in this framework.

The SAPS has made massive strides in becoming a more democratic police service. But a big question still remains as to whether it is open to this type of scrutiny. 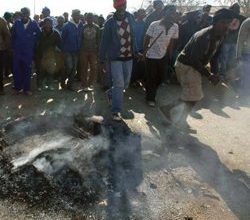 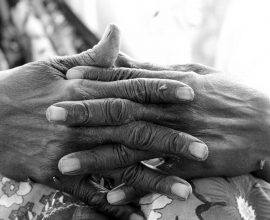