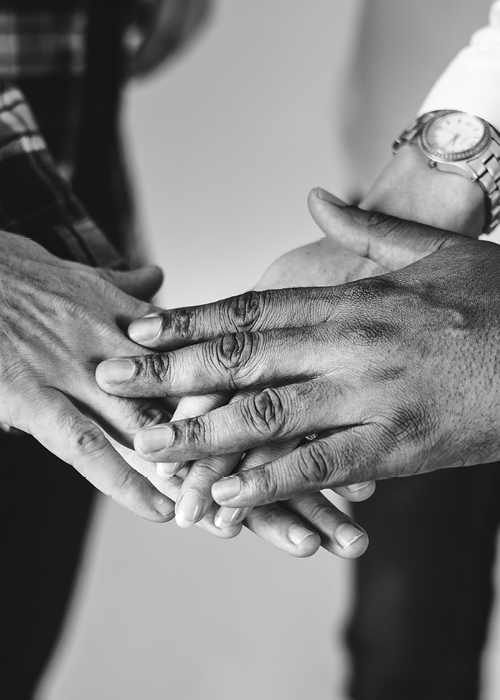 One of the most contentious issues in South Africa today concerns the future of the Directorate of Special Operations ('the Scorpions') related to the fact that the African National Congress appears to be determined to disband the unit in line with a resolution passed in December at the ANC national conference in Polokwane.

Closing the Scorpions will centralise South Africa's crime investigation capacity under the South African Police Service.  This will have seriously negative consequences including reducing the accountability of the SAPS, undermining our ability to give effect to the principle of equality before the law and build public respect for the law and state institutions, and accentuating police corruption.

The ANC has argued that the Scorpions need to be dissolved because they are not accountable. Others have pointed out that this is hardly a motivation for dissolving the Scorpions but is rather a motivation for strengthening their accountability. Because of the nature of their work, police agencies are particularly difficult to hold accountable unless there is an investigative agency which can deepen the level of scrutiny which they are subject to. As has been demonstrated with the investigation leading to the charges against SAPS National Commissioner Jackie Selebi, one of the agencies which has been particularly effective in subjecting the SAPS to scrutiny has been the Scorpions.

By incorporating the Scorpions into the SAPS we are weakening our capacity to hold the SAPS, and particularly its senior members, accountable. The Scorpions will thus become part of a SAPS that is less accountable than it was before. It makes sense rather to ensure that there is a specific accountability mechanism in place which is focused on the Scorpions. Keeping the Scorpions outside of the SAPS will also enable them to be subjected to investigative scrutiny by the SAPS, ensuring that they too are more accountable.

Concentrating all investigative power in the SAPS therefore undermines South Africa's potential to uphold the principle of equality before the law.  While it cannot guarantee equality before the law or the absence of political manipulation, our potential to ensure that all people in South Africa are potentially legally accountable will be far greater if we have a diversity of agencies with the capacity to investigate organised crime and corruption.

The great abuses committed by the South African Police under apartheid were facilitated by the SAP's monopoly of policing power. It did not have to fear investigative scrutiny from any other agency. The SAPS is by the standards of police agencies elsewhere in the world already a giant of an organisation. Concentrating investigative power in the SAPS increases the risk of the SAPS becoming a law unto itself. At the same time that they may become instruments of undue influence by politicians, the monopoly of investigative power within the SAPS may also provide senior SAPS members with the power to manipulate politicians, and the political process, thus undermining democracy.  Leading ANC members have referred to the Scorpions as a monster. But they risk creating out of the SAPS something far worse than anything that the Scorpions might be.

Not only are the Scorpions a mechanism for ensuring SAPS accountability. They are also part of our armoury for dealing with police corruption. The Independent Complaints Directorate (ICD), which is charged with investigating police misconduct, has toyed with the idea of playing a role in anti-corruption investigations. But it does not have the capacity or systems to do so, particularly at a high level. If the Scorpions are closed down this will be a major blow to our ability to address police corruption especially as the SAPS anti-corruption units (ACUs) were closed down in 2002. Since then the SAPS has lodged responsibility for investigating police corruption with its organised crime units. But this system is inherently flawed. The SAPS organised crime units are themselves amongst the units most vulnerable to corruption due to the fact that their work puts them on one of the prime 'invitational edges' for corrupt advances by mafia type groups.

ANC leaders have also argued that the only people opposed to the disbandment of the Scorpions are SA's elite. Yet it is corrupt high level police officials, and other corrupt elite individuals and groups who have the most to gain from the disbandment of the Scorpions. By undermining the Scorpions and concentrating investigative power in the SAPS the ANC is not only weakening existing crime fighting mechanism but bringing into being a system that will facilitate the immunity of senior state officials from investigative scrutiny. This is a recipe for the capture of the South African state by corrupt interests.

Despite what the ANC has said there are strong indications that the Scorpions have been widely respected and have contributed to confidence by South Africans about the integrity not only of law enforcement but of the overall institutional framework of government. This bodes well for South Africa. British criminologist Michael Levi indicates that the success of organised crime in countries like Italy and Russia depends partly on the lack of trust between citizens and government. When serious crime groups come up against societies in which there is firmer trust between citizens, governments and policing agencies 'Mafia type organisations find an infertile soil in which to grow and … are unsuccessful in the long term'.

The current crisis of crime and violence in South Africa is fed by a generalised lack of respect for the law. Such respect depends in part on the legitimacy of government and the social system. A crucial element of this is the credibility of criminal justice institutions themselves.  Recent surveys by the Institute for Justice and Reconciliation and the Human Sciences Research Council point to a problem of declining trust in state institutions in South Africa. Respect for the law and for the institutions of government, and therefore the resilience of South African society against organised and other crime, can only be built if there is confidence amongst South Africans that all people are accountable before the law.

Some people in government, who have accepted the implementation of the Polokwane resolution as a fait accompli, have indicated that the Scorpions may not be incorporated into the SAPS. Instead a new organised crime unit might be established outside of the SAPS incorporating both SAPS organised crime and Scorpions investigators. This seems more of a theoretical than a practical possibility as there would be formidable difficulties involved in disentangling the organised crime units from the SAPS. As with the disbandment of the Scorpions this would also seriously disrupt investigations which are currently in progress. But if it were achievable, it would still represent a step backwards in that our capacities for investigating high level crime would all be concentrated under a single unit.

The ANC frequently uses the argument that it has to dissolve the Scorpions because  leaders are 'bound by their democratic mandates' to implement the Polokwane conference resolution. But the resolution to dissolve the Scorpions was based on a false premise that there is a 'Constitutional imperative' for the Scorpions to be incorporated into the SAPS.  Some ANC leaders appear to have recognised that the resolution misrepresents the Constitution, and have been searching for other justifications for the decision. They have highlighted various problems with the Scorpions and there is reason for sharing its concern about some of the issues they have raised.

If the ANC is to take any steps to address problems which it has identified with the Scorpions, it should nevertheless give primacy to the principle of equality before the law which is affirmed in the Preamble and Section 9(1) of the Constitution as well as in the 1955 Freedom Charter. This constitutional imperative, that we maintain our ability to subject senior police and state officials to investigative scrutiny, requires that we retain a diversity of investigative agencies with the capacity to investigate high level crime. This means that the Scorpions should be maintained separate from the SAPS organised crime unit.

David Bruce is a Senior Research Specialist at the Centre for the Study of Violence and Reconciliation.

A version of this article appeared in the Sunday Independent, 4 May 2008.