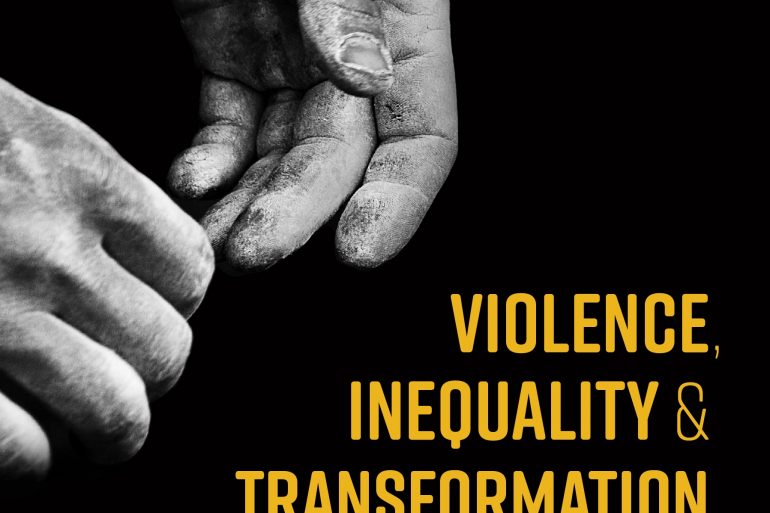 Describing how high levels of inequality and violence feed each other, survivors of apartheid violations hold that people-driven social transformation is key to reducing both—and to fulfilling the promises of the democratic transition.

"What is the cause of violence? It is caused by poverty, hunger and jobs being unavailable." Organised apartheid survivors, like the Khulumani Support Group member quoted here, attest that efforts to reduce violence will have little effect until we commit to addressing inequality and racialised poverty.

For the past five years, I co-designed and implemented participatory research with Khulumani members in the Western Cape, looking at apartheid survivors' understandings of the high levels of violence in democratic South Africa. Focusing on Khulumani members residing in Khayelitsha township and young people in their families, our research indicates that, for survivors, the socioeconomic oppression that underpinned apartheid abuses simply turned into socioeconomic marginalisation with the advent of democracy.

Khulumani members note that the limitations on life opportunities experienced by black South Africans under apartheid—especially those marked by the liberation struggle—continue to affect the lives of their children and grandchildren today. Based on their experiences in a majority women's movement, they also point to the disproportionate effect of socioeconomic exclusion on women and girls. As a result of ongoing spatial apartheid, the Khulumani families we worked with live far from Cape Town's economic centre and face restricted access to information and social networks tapped into mainstream economic life, in addition to inferior educational institutions and few sustainable employment options in the township.

Instead of being resolved after 1994, these legacies of the past have been entrenched under democracy. Survivors critique the government's choice to abandon redistributive policies in its pursuit of economic liberalisation, arguing that the economic blueprint applied in other countries is not suited to the challenges specific to South Africa. They note that the country's growing focus on capital-intensive industries and production at the expense of labour-intensive ones has contributed to a job market that privileges educated and skilled workers. At the same time, the high cost of quality basic education (plus secondary costs such as uniforms and transport) and, especially, the financial difficulties of accessing and remaining in tertiary education prevent many in Khulumani families from gaining the education and skills the market largely requires.

They suggest that the township's limited and low-quality social facilities—from early childhood development centres to libraries to training institutions—do little to fill the gaps in capacity-building and other forms of support that might assist residents in accessing education, skills and formal employment. In addition, urbanisation spurred by the shrinkage of small-scale farming and certain labour-intensive industries, combined with the inflow of migrants from other countries after apartheid, among other factors, has created greater pressure on already inadequate social facilities and other resources in the township.

Survivors note that while in the past their households could rely on agricultural activities to survive when money was tight, the decreasing availability of land for urban farming, especially due to population growth in the township, along with rising food prices have made residents increasingly reliant on income through wage labour. Here, they indicate, the democratic government has placed them in a dilemma, implementing economic policies at the national level that undermine self-sufficiency and promote wage labour at the same time that they inhibit access to wage labour by favouring highly educated and skilled workers.

They say that the added factors of racial discrimination and exploitative business practices, particularly among labour agents, push them towards informal initiatives and piecemeal work in the township. Yet even there, laws and regulations at the local level often prevent residents from succeeding in a sustainable way, despite the government's exhortation that people "arise and act" to help themselves—vuk'uzenzele.

The government's main solution to the pressures of economic liberalisation, survivors suggest, has been to provide social assistance—particularly in the form of expanded and absolutely crucial social grants—but this intervention only keeps their heads just above water while the government's other interventions contribute to the flood that threatens to drown them. Additionally, they say, the example set by government officials has given rise to a culture of competition and an acceptance of apartheid-style corruption practices that are eroding unity and collective action among black South Africans.

According to survivors, the structural barriers that promote socioeconomic exclusion, and awareness of the continuities between the apartheid and democratic dispensations despite the promises of transition, create an enabling environment for crime and violence. The effects of spatial apartheid and constraints on education, employment and other life opportunities enforce a sense of stuckness and there being "nothing to do" in the township while raising the threat of hunger.

These combine with intergenerational expectations and other pressures within households, as well as a mix of solidarity and coercion in the struggle for social status among young people, to create pathways from marginalisation towards acts of crime and violence. Widespread substance use and dependence, the need for community-based crime control in the face of an inadequate criminal justice system, and xenophobic attitudes and anxieties represent an additional set of pathways.

The promises of equality, inclusion and progress represented by the transition to democracy heighten the strain survivors and other residents experience at not being able to achieve economic success. This strain, survivors indicate, brings up feelings of frustration, anger, shame and insecurity that can encourage transgressive behaviour and acts of violence.

In survivors' narratives, the causes and effects of violence as well as the pathways between them are portrayed as a complex web. This web of violence cannot be unravelled with technical solutions or piecemeal efforts; it requires a big-picture approach that encompasses the breadth of continually interacting aspects of violence within a certain place, including the socioeconomic context in which violence is couched. For this reason, violence prevention efforts will not work sustainably until they are met and combined with dedicated efforts to reduce inequality and its historical and contemporary drivers.

Making a range of recommendations, survivors call for the democratic government to take responsibility for reducing racialised inequality at the national level. For example, they advocate for economic policies that support labour-intensive industries and promote job creation for low-skilled workers, along with higher taxes on the wealthy. They advocate for the government to meet its obligations regarding basic and higher education by providing more (no-fee) early childhood development centres, state subsidies for the secondary costs associated with schooling, long-term bursaries for tertiary education, support for the establishment of tertiary education institutions in townships, and skills-training centres that combine capacity building with mentorship.

More locally, survivors call, for example, for increased access to land and support for urban farming, in addition to incentivisation and investment in black-owned businesses and social enterprises in the township. They call for more and better social facilities, such as skills-training and resource centres with internet access; no-fee crèches to assist work-seeking mothers; and community and arts centres, sports facilities, and parks and playgrounds where children and young women and men can interact in new ways and support each other as they face challenges. They identify a specific need for drug and alcohol recovery and rehabilitation facilities, as well as policing interventions co-designed with residents. They also point to the burdens of vulnerability and family responsibilities carried by the elderly, and recommend a larger older persons grant, monthly food parcels and more old age homes in the township.

In the meantime, survivors focus on their own community-based initiatives, relying on self-funded income-generation projects, mutual training, knowledge exchange, and capacity building and mentoring of youth to create access to livelihoods and a stepping stone to further life opportunities. They hold that these efforts—along with projects that fill the gaps in social facilities in the township and encourage learning, productivity and meaningful social interactions with people who might be outside one's regular social networks—serve to block or redirect the pathways from marginalisation to violence.

Our research shows that, above all, survivors emphasise the value of interventions that are based on local knowledge, tactics and relationships, which are often formidable given that they have been tested by local challenges. Whether the interventions are small- or large-scale, survivors recommend that they be co-designed with those most affected by the problem in question, in collaboration with government and other stakeholders. In this, they both model and call for participatory governance.

As members of the apartheid survivors' social movement and as active members of their communities today, these survivors identify ongoing inequality and violence as issues of transition linked to failures of democratisation. In working towards a just transition, they advocate for people-driven transformation processes based on community-level initiatives informed by local knowledge, including apartheid survivors' perspectives on the links between the past and the present.

This research was supported by Heinrich Böll Foundation Southern Africa and the DSI-NRF Centre of Excellence in Human Development.

This opinion piece was originally published in the Daily Maverick. 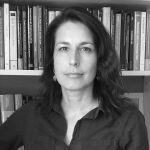 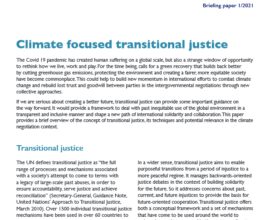