The recent outburst of pre-election violence, the way the campaigns were conducted by various political parties and the intense confrontations over councillor positions calls for us as a society to pause and engage in serious reflection. These are an indication of a society whose psyche is unsettled, a society with deepening faultlines, which threaten the peace that so many fought so hard for. One of these faultlines is the unresolved psychosocial issues, trauma and psychic woundedness that has infested all spheres of our society and continues to shape its psychosocial architecture. There is an urgent need to devise strategies for redesigning this architecture.

In order to do this, we need to unpack what the psychosocial architecture of South Africa looks like. On the one hand, a sector of our society developed strong and at times inflexible defenses in order to ignore or justify their participation in the violations experienced by millions of South Africans during colonial oppression and apartheid. Some were spectators who defended and/or pretended not to see the violations happening at their back door. Psychosocial survival strategies for this sector of society were, amongst others, continuing to shut their ears and eyes to the realities faced by the disenfranchised and oppressed in society. This involved denial and amnesia, the see no evil and hear no evil by those in positions of privilege. This has continued to shape the psyche of those in position of privilege (historically and in the present) in post-apartheid South Africa.

On the other hand those who were oppressed and/or were involved in the struggle against apartheid, had to also develop very strong and at times inflexible strategies and behavior patterns in order to survive during the struggle for freedom. These included amongst others, sharpening skills of identifying and dealing with constant threats of imminent violence, developing strategies and skills for dealing with betrayal, developing very strong bonds of comradeship where comrades protected and supported each other to death, having a thick skin and not be phased by ridicule, criticism and personal attacks.

Over and above these defenses our society has, as a collective, experienced painful and unbearable emotions such as shame, guilt, entitlement, rage, disgrace, humiliations etc. These defenses and the painful, unbearable emotions associated with the experience of apartheid, have unfortunately shaped the psyche of our society, which continues to influence how we view the world. They unfortunately also continue to shape the nature of leadership in post-apartheid South Africa. This applies to leadership in all spheres of our society including government, politics, workplace, community and in the family. The psychosocial redesign has to therefore address what I call leadership woundedness.

Ukugona is a term that is used in South African Nguni languages, to describe what a parent does when s/he comforts her child. I illustrate this concept by giving an example of two hurt toddlers. One is helped and consoled by the mother through "ukogona" (placing her on her lap and hugging her) the other does not have a mother to hold her. Same experience, but for a child who has experienced ukugona the pain becomes bearable whilst for the other child the same experience becomes unbearable. People who have experienced "ukugona" for their own pain learn to internalize this experience and they develop the psychological capacity to create a relational home for others' pain.

One of the crucial interventions, after attaining freedom, should thus have been the psychosocial transformation for leaders so they could learn to create a relational home for the psychic wounds sustained during apartheid. This would have enabled them to develop the ability to create a relational home for our society which is still faced with the task of rebuilding its political, economic and psychosocial architecture. For a country with a history like ours, this can only occur in a context where the leaders themselves are healed and are peace carriers who speak to our hope and forge social cohesion rather than trauma carriers who exploit and deepen the division created by our collective wounds.

Psychosocial wellness is no longer a luxury but a necessity for all of us, especially for those in leadership. We have to begin to invest in dealing with the unbearable, uncomfortable and difficult emotions associated with our historical and present traumas. As a society we need to learn how to create a relational home, a container for our psychic pain, which keeps on rearing its ugly head through events such as the violence we have seen before and after the local government elections. We need to move from leaders who are trauma carriers to those who are peace carriers.

Nomfundo Mogapi is the Chair for the Mental Wellness Initiative. She was previously the Executive Director of the Centre for the Study of Violence and Reconciliation. She is a registered clinical psychologist with over 20 years’ experience working within the violence prevention and peacebuilding fields, most of which have been in senior leadership and management within the NGO sector. 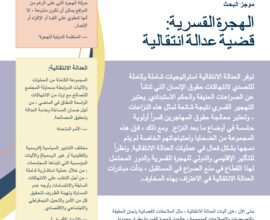 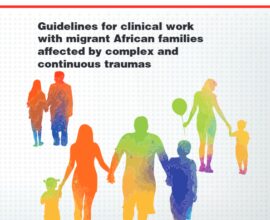