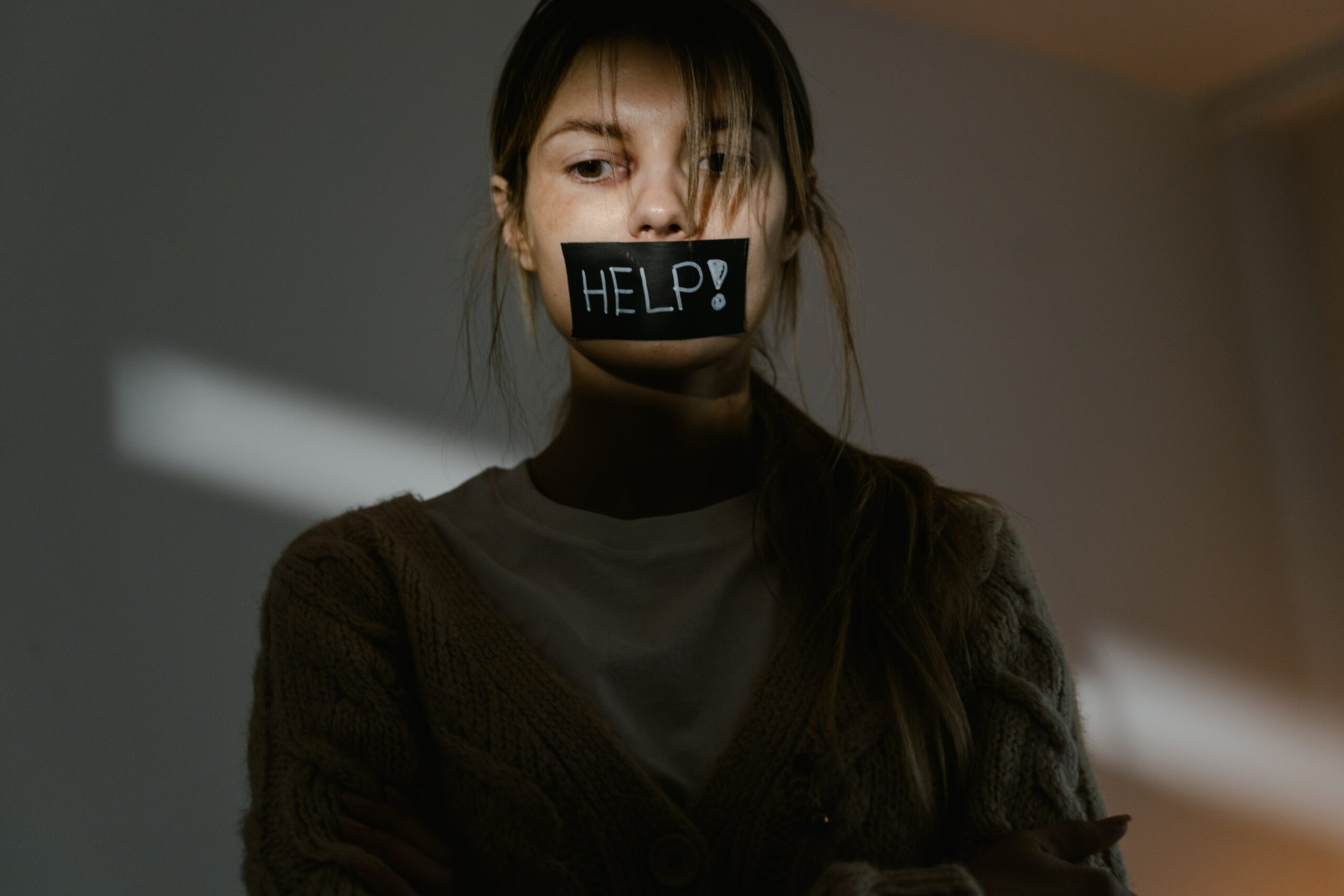 The summit was described as 'a waste of time' since there was a lack of accountability from most government departments. They recited old deliverables from previous years and had made no significant progress or noticeable steps in their quest to implement the National Strategic Plan on GBVF.

As we kick-start the 16 Days of Activism Against Gender-Based Violence, much of the momentum will be aimed at commemorative events and slogans to discourage sexual and gender-based violence and femicide (GBVF). South Africans will ask what more can be done, and more importantly, what has been done.

It is important to look at the 16 Days as not a single initiative, but as a part of a continuum of efforts and partnerships to eradicate GBVF. Many citizens will be sceptical about upcoming campaigns and their sudden high visibility, and as new and old frustrations rise as communities express their anger, so will the defences.

The only way to show this work and build trust in these processes is to show accountability at the highest level. As the old saying goes, "show, don't tell". An accountability summit with little to account for.

If the reflections from civil society organisations (CSOs) are anything to go by, the recent Presidential Summit on Gender-Based Violence and Femicide held at the beginning of November was one big red herring.

The summit, themed "Accountability, Acceleration and Amplification, NOW!", set out to strengthen accountability and accelerate the implementation of the National Strategic Plan on Gender-Based Violence and Femicide (NSP-GBVF).

However, simple questions could not be answered: where were the allocated funds spent? When would the promised National Council on GBVF (NCGBVF) materialise? Where were the provincial rapid response teams? What did it mean that five-year goals were reported as achieved when they were only partially met?

The lack of clear answers about these fundamental aspects of the national response to GBVF suggests that there is no serious political commitment to effectively tackling GBVF. This was the overwhelming feedback from CSOs that attended the summit.

The vision of the NSP-GBVF, which was formulated in 2020, is to realise a South Africa free from gender-based violence directed at women, girls and LGBTQIA+ persons through a variety of preventative and protective measures, social and economic development approaches, and justice-oriented accountability processes.

The policy clearly stipulates the mandates and responsibilities of key implementers of the policy, their key functions, and the appropriate mechanisms at all levels of government to do this.

However, while the key components that are needed to guide the implementation of the NSP-GBVF are still unaccomplished, GBVF cases have remained stubbornly high and conviction rates still dismal.

Broader frustrations at the summit

Perhaps as a direct result of confusing coordination structures, the momentum of the NSP-GBVF is hard to discern and progress appears to be an ever-shifting target.

One of the notable gaps that was highlighted was the exclusion of sex workers, which is critical as the bodies of six sex workers were found in Johannesburg just days before the summit. Thus, there were calls made to President Cyril Ramaphosa and the Department of Justice for the decriminalisation of sex workers and sex work law reform so that these vulnerable groups can also be guaranteed protection from gender-based violence and sexual exploitation.

Given the government's failure to effectively address GBVF, which was deemed "the second pandemic after Covid-19", the summit was described by some as "a waste of time" as there was a lack of accountability from most government departments that came forward. Government departments recited old deliverables from previous years and had made no significant progress or noticeable steps in their quest to implement the NSP-GBVF.

The summit was meant to track the implementation process of the NSP-GBVF at national, regional and local levels. This is worrisome given South Africa's reputation as one of the most violent places in the world.

Government departments are key players in the implementation process of the NSP-GBVF, so it was shocking that even National Treasury could not account for how much of the allocated funds had been spent and what had been returned due to underspending by government departments. It's not clear what the progress of these departments has been and as the numbers of GBVF victims grows, so does resentment by the public towards the government – as seen in the angry responses from the attending CSOs.

The spotlight was shone on the collective banner of CSOs working on eradicating GBVF, the End-GBVF Collective. It was formed after the 2018 #TheTotalShutdown anti-GBV protests, and played a key role in the development of the NSP-GBVF and is a co-implementer of the plan.

Members of the collective have been critical of the lack of clear and coordinated communication with civil society on the progress of the plan, and called on members of government to provide more systematic, accessible information.

This criticism has received mixed responses, with some officials, including Ramaphosa, welcoming the critique as a clear commitment of CSOs to the fight against GBVF. Others, such as members of the Portfolio Committee on Women, Youth and Persons with Disabilities, deemed this a "throwing of stones" and an indication of the lack of collective responsibility for fighting GBVF.

While it is true that civil society and the government are responsible for implementation and progress, this does not mean that the government cannot be criticised where it is due. Different actors have different strengths – as co-chair of the presidential summit, Sibongile Ndashe pointed out, civil society may have nuanced and targeted community-level insights and relationships, but the government has a bigger scale and reach and the capacity to effectively coordinate the responses across sectors and regions.

Therefore, civil society has every right to be critical of the progress made and should be free to do so without being met with defensiveness and finger-pointing from some officials.

What came out of the summit and ongoing engagements with government officials across the country is that some of the blockages cast doubt on whether GBVF is a high priority for our political and executive leadership. The short-staffed secretariat that has been acting in lieu of the council is one of the reasons behind the "implementation gap" in the NSP-GBVF.

The coordination, alignment and planning to reduce violence against women and children at a national scale cannot reasonably be done by a team of four people. Thus, the slow progress comes as no surprise.

Instead of passing the buck and averting responsibility and avoiding questions about the establishment of the council, and the detailed expenditure on GBVF initiatives by national departments, the government must take decisive action to establish a clear deadline for the establishment of the council; a clear communication strategy that is accessible to the public in terms of the progress of interventions, training, resources and spending by the respective departments; and more funds must be mobilised to ensure the sustainability of these programmes.

There needs to be a clear distinction between the functions of the secretariat, the council and the Department of Women, Youth and Persons with Disabilities regarding the national coordination of GBVF interventions and responses to the hindering factors and blockages. Furthermore, government officials must harness the partnerships with civil society to foster collective responsibility, rather than revert to polarising "us-and-them" rhetoric.

Mixed results from monitoring and evaluations

It does little good to underplay both the successes and shortcomings in the progress in GBVF interventions thus far. There have been some notable achievements since 2020. The establishment of rapid response teams has begun in three provinces as part of the localisation of the plan, the 100-day capacity-building programme in various districts has started, and the collaborative work between the CSOs in the End-GBVF Collective and government officials is an indication that the appetite for shared accountability and partnerships is there.

Additionally, the special adviser to the President, Dr Olive Shisana, said that "R1.6-billion allocated on GBVF was repurposed to address identified issues that were identified by the committee, like the implementation of laws", and the Department of Justice took considerable resolutions and passed the Sexual Offences and Related Matters Amendment Act (2022).

One of these changes is the clear definition of sexual grooming and child prostitution as crimes in South Africa. The realisation of this act is monumental as there are growing cases of SGBV that are veiled under the inconspicuous "teenage pregnancy" problem, which is in fact a result of the sexual grooming of young, adolescent and teenage girls.

But this is not the time for vague metrics of progress such as whether certain bodies have been set up. While it may be too soon to give comprehensive evaluations, we need to move beyond framing interventions as achieved or not achieved for the sake of performance management reporting.

Communities that are affected daily by GBVF want to know what the progress is, and what the government and other stakeholders are doing to make South Africa safer. They want to know if the rapid response teams are functional; if they are available in their communities; and how they can get involved to speed things up.

However, without clear communication about these issues, people remain confused about what really is being done with the millions of rands that are allocated to reducing GBVF. Monitoring and evaluation frameworks must tell the story of effectiveness, accessibility and buy-in initiatives in communities for meaningful accountability and acceleration of the strategy.

We, as collective implementers of the NSP-GBVF, must foster a culture of honesty about our shortcomings and resist the temptation to window-dress using vague performance management jargon.

If local rapid response teams have only been established in a few provinces, these must be reported as partially achieved or ongoing. If GBV desks have been established in SAPS police stations but negative perceptions of GBV still hinder their effective functionality, these nuances must be reported. Language and framing matters, and instead of hiding behind vagueness and political-speak to mask shortcomings, there needs to be more transparency and better-quality reporting that communicates meaningfully to South Africans about what leaders are doing to improve their safety.

Going forward: 16 Days of Activism and beyond

During the 16 Days of Activism, the NSP-GBVF is in the spotlight again and critics will amplify their dissatisfaction with the lack of progress. This should be taken as an opportunity to reflect on what has already been done and how it can be improved.

The fight against GBVF needs strong state- and society-wide accountability that is driven by bold leadership and high-level political commitment. The NSP-GBVF needs time to be institutionalised and localised, the early years are crucial. The momentum needs to be driven by committed champions and the low-hanging fruit must be seized before complacency and desensitisation to the high levels of violence against women, queer people and children become commonplace.

Some of these key priorities are:

Gugu Resha is a researcher and Nandipha Mabindisa is an intern at the Centre for the Study of Violence and Reconciliation.

This piece was first published in The Daily Maverick.