Those towards whom the violence is directed are black foreigners, mostly from Zimbabwe but also from Mozambique and Malawi, on the pretext that these foreigners commit violent crime and take jobs meant for South Africans.

Xenophobia is not unique to SA — discrimination against foreigners takes place in many societies, in particular those experiencing political or economic upheaval. It is a convenient scapegoating  of those at the margins of society for the ills being experienced. Its draw card is that while it is often informed by misguided perceptions, it is rooted in people's realities — that of increased hardship.

The most recent spate of violence is clearly linked to SA's worsening economic situation. Increasing prices of everyday essentials such as food, fuel and electricity, and rising unemployment are leading to a politics of scarcity amongst those hardest hit. This has likely been made worse by the numbers — or perception of numbers — of Zimbabweans entering SA.

Disadvantaged groups perceive their share of resources reducing in proportion to the number of foreigners entering the country. The targeting of African foreigners is a product of proximity — they reside in areas where both poverty and frustration with a lack of government response to the economic situation is at its highest among South Africans. They are also those individuals who take jobs — out of necessity — that are at the lowest end of the pay scale, placing them in direct competition with the large numbers of unemployed.

Discrimination is fuelled by uncertainty, and there is general confusion over the status of foreigners in SA. Whether documented or undocumented, legal or illegal, refugees, migrants, immigrants or asylum seekers, foreigners are often lumped together as "illegal aliens". This facilitates xenophobic attitudes and encourages hostility, conflict and violence. The racist undercurrents of xenophobia are vividly demonstrated by the numerous instances of South African citizens being wrongfully detained by police for being "too black".

While recent reports highlight foreigners' experiences of individual incidents of violent xenophobia, these incidents also take place within a context of more general violence experienced by this group of people. In a country where high levels of violent crime affect all, African foreigners are often worst affected as they occupy spaces where levels of violence are at their highest.

This is compounded by the fact that they are not afforded the same protection by the state, either because of their status or because of similarly xenophobic attitudes among officials. Previous research conducted by the Centre for the Study of Violence and Reconciliation and other organisations documents the complicity of some officials in corruption, intimidation and abuse of foreigners. Foreigners state that they are reluctant to report violent crimes because police neglect to follow up cases, commonly interrogate and victimise the complainant, and, most importantly, because they risk being detained themselves, regardless of the validity of their documentation.

The current situation is not helped by the government's response to the crisis in Zimbabwe. President Thabo Mbeki's statement that there is "no crisis" across our border paints those fleeing the violence and repression as purely economic migrants with no "real" reason for fleeing to SA.

As the economic situation worsens, violence against foreigners is likely to continue. Recent news of a potential "third force" in operation is disturbing and needs to be examined thoroughly. However, this focus cannot detract from the fact that if a match has been lit, it has set fire to an existing tinderbox — SA has long been identified as one of the most xenophobic societies globally. Previous incidents have simply been ignored or dismissed as isolated, including horrific incidents such as the setting of dogs on Mozambican migrants by members of the South African Police Service in 1998 and the throwing of foreigners from a train in the same year. To focus on a potential third force does not account for the history of these incidents, or the large numbers of South Africans who appear to be joining in the current violence.

What is needed urgently is clear and  co-ordinated action to stop the violence in the short term and serious efforts at mediating the situation. In the long term, only education of those who resort to such actions can address the context that has allowed the current violence to proliferate. 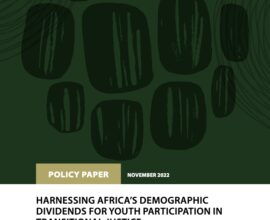 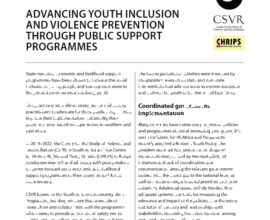