On November 25 1993, International Day of No Violence Against Women, a tiny crowd of 10 took to the streets. By November 25 1999, public opinion had changed so much that hundreds of people turned out for protests, and government departments allocated budgets for events to commemorate the day.

For instance, this year the Restorative Justice Centre in collaboration with the Kyalami Metropolitan Council has planned a Restoration Day to commemorate International Day of No Violence Against Women. Their oddly worded aim is to try "to get victims to move towards healing, repentance, forgiveness and restoration".

"Repentance" implies sin in wrongdoing. What are victims' sins and wrongdoings, and why this expectation that they repent and forgive? Since when did recovering from trauma become a religious process, determined by Christian beliefs that not everybody shares?

Also to consider is the suitability of restorative justice to dealing with violence against women. Restorative justice typically aims to restore relationships between the victim and perpetrator by having both parties explore how the wrong can be made right. Punishment is not a feature of the process which aims, instead, to divert people out of the criminal justice system. Herein lies the first problem.

Unlike many other crimes, diverting cases of rape and domestic violence from the criminal justice process is a centuries-old tradition practised long before restorative justice came along. The struggle has been to recognise rape and domestic violence as serious crimes worthy of prosecution. Now, as we reach this point, along comes an approach legitimising the idea that women go home to kiss and make up with their abusers rather than proceed with a prosecution.

Restorative justice is currently applied in different ways by different agencies, but broadly this is what happens: prosecutors identify cases they think are suitable for mediation and withdraw charges against the perpetrator. The victim and perpetrator are then referred to an agency dealing with restorative justice. The victim must consent to this process and the perpetrator admit responsibility for the crime before charges can be withdrawn.

"Consent" poses the next sticking point. Abusers quickly resort to threats, intimidation, assault and emotional blackmail to get women to withdraw charges against them. They are just as likely to use these same tactics to persuade their partners to "consent" to mediation – a "soft" option enabling them to avoid imprisonment. Women may also not be honest during the mediation itself out of fear of their partner's response once mediation is over.

Very strict criteria guiding the use of mediation in cases of violence against women need to be developed – if mediation is even to be used at all. Women's consent to mediation also needs to be carefully examined to ensure that they have not been coerced into the process. Those who conduct mediation require extensive and thorough training around violence against women to ensure they do not hold myths and stereotypes about domestic violence and rape which excuse the offender and blame the victim.

Restorative justice has its merits. There is also a time and a place to focus on offenders and their particular circumstances. But it is highly inappropriate to do so as a way of commemorating a day of no violence against women. It is also very premature to promote restorative justice as a viable solution to violence against women when none of the steps outlined earlier have been put in place to safeguard women's rights during mediation. 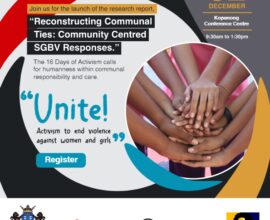 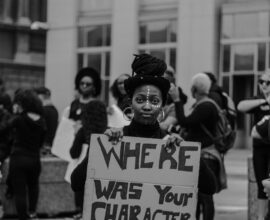 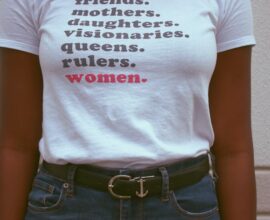