By CANDICE BAILEY and SAPA

The family of the Daveyton taxi driver who died after he was dragged behind a police van are considering their legal options, including taking civil action against the Police Ministry.

A graphic video of the incident made world news this week. It showed Mozambican Mido Macia, 27, being dragged along the street in Daveyton, Ekurhuleni, while his handcuffs were hooked to the back of a police van.

Macia died in a police cell later that day and a post-mortem showed that head and internal injuries were the cause.

On Saturday, Macia’s uncle Mario Francisco said the family would take legal action, but that was not their focus just yet.

The funeral arrangements were their priority, said Francisco, adding that Macia’s body would probably be taken back to Mozambique on Thursday or Friday.

Yesterday, the Department of Home Affairs said Macia’s family would be provided with the necessary documentation to attend his funeral.

That followed Gauteng Premier Nomvula Mokonyane’s offer during a visit on Friday afternoon to the family, that the government would help Macia’s son.

“We learnt that Macia had only one dependant in South Africa, his seven-year-old son. We will take care of him for the duration of this year until we are guided by the family on whether he goes back to Mozambique or not,” said Mokonyane’s spokesman, Thebe Mohatle.

They would place the boy in a no-fee school and liaise with the social development MEC to ensure that his needs were met in terms of materials, books and nutrition, he added.

De Vries said Macia’s family would have a strong case, if they decided to sue the police.

“The mere fact that they are making all these gestures amounts to a concession of liability,” said De Vries.

“This, to me, as wonderful as it is, sounds like a ‘Let’s get rid of this as quickly as possible’.

“There are nine different heads of compensation, even if Mr Macia was an illegal immigrant. There are funeral expenses, loss of support for the boy himself and that is not just until the age of majority. There is trauma and there are general damages.”

She said food, clothing and entertainment would all form part of the child’s expenses.

In many cases people did not know their rights and were too scared to challenge the police for fear of victimisation, De Vries said.

The family would have to appoint a curator who would then have six months to take up a civil matter with the minister of police, she said.

“We need to rid the police force of these vigilantes and people in the force who do this must be dealt with ruthlessly. It goes against our constitution.”

Eight policemen – two warrant officers and six constables – who are implicated in Macia’s death are due to appear in the Daveyton Magistrate’s Court tomorrow on charges of murder.

The Centre for the Study of Violence and Reconciliation (CSVR) has called on Parliament to ensure that the Combating of Torture of Persons Bill is rigorously reviewed, considered and passed into law.

“The ill-treatment of Macia and the alleged subsequent beating in the police holding cells amounts to torture, cruel, inhuman and degrading treatment, under the definition of torture in article 1 of the UN Convention against Torture,” said the centre’s Shuvai Nyoni.

“The CSVR calls on the state, relevant state oversight bodies, civil society and South African citizens to respond. South Africa is bound by national, continental and international obligations to ensure such a response.”

Nyoni said that while the centre welcomed statements and reaction by President Jacob Zuma and national police commissioner General Riah Phiyega condemning the incident, a more sustainable response was required.

“With the absence of specific anti-torture legislation in South Africa, Macia’s violators may well be charged with murder but escape prosecution for torture. Torture, cruel, inhuman and degrading treatment did not disappear with the end of apartheid in South Africa,” Nyoni said.

Full redress for the victim’s family was a necessity.

“This should include compensation and restitution where necessary, rehabilitation or psycho-social support for the trauma and loss sustained.” – Sunday Independent 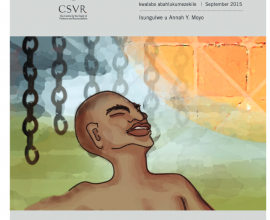 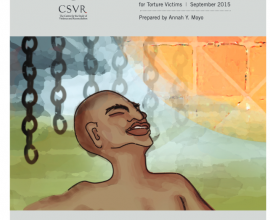 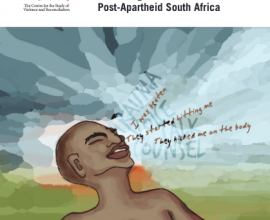