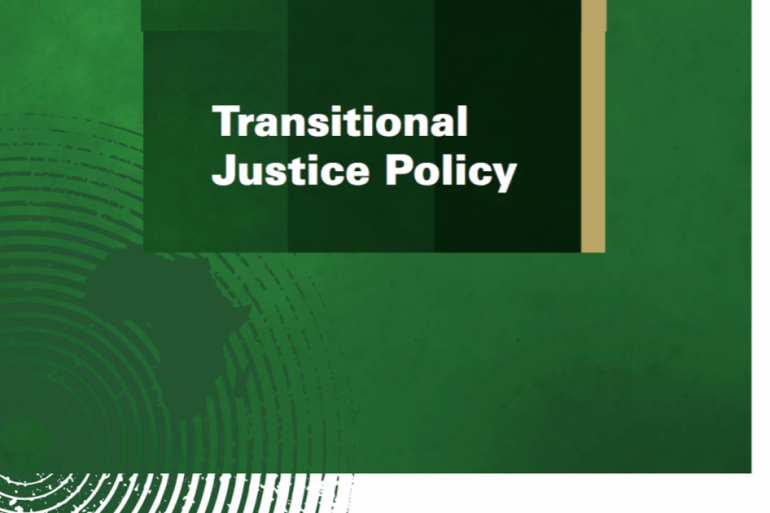 The African Union Commission Department of Political Affairs (AUC-DPA) and the Centre for the Study of Violence and Reconciliation (CSVR) jointly hosted the first Continental Forum on Transitional Justice (TJ) in Africa in Johannesburg, South Africa under the theme The State of
Transitional Justice in Africa, from 19-21 October 2017.

The overall objective of the Forum was to provide a platform to take stock on the state of transitional justice in Africa, identify and discuss the various issues that require further in-depth study for filling the gaps in existing knowledge. The Forum also created a space to explore new opportunities to build collaboration across different sectors to guide and strengthen the transitional justice policy and interventions in Africa.

According to experts who gathered in Johannesburg this week, African approaches to transitional justice hold great promise for helping societies move from violence and conflict to sustainable peace and development. The movement from repressive to democratic systems of governance in post-conflict countries brings a number of challenges, which if left unaddressed, will continue to undermine social cohesion and development.

"Unfortunately, Africa as a continent is not exempt from this global menace. With the exception of Syria, Iraq and Yemen, the African continent currently has the worst data and representation when it comes to violence and conflict," said Ambassador Salah S. Hammad during his address on behalf of H. E Mrs Minata Samate Cessouma, Commisioner for Political Affairs, African Union Commission.

The continental Forum served to build collaboration between the state, civil society, academia and other sectors in strengthening TJ processes on the continent. In anticipation of the adoption of an African Union Transitional Justice Policy, the Forum sought to strengthen avenues of engagement, critical reflection and collaborative initiatives for its implementation.

"The forum is an opportune and timely platform for consolidating African ideas, knowledge, learnings and experiences to shape interventions that address Africa's past, present and emerging conflicts," Said Tefo Raditapole, Chairperson of the CSVR Board.

From a timing perspective, delaying transitional justice means many individuals and communities will remain wounded from past traumatic experiences. The trauma is subsequently passed on from generation to generation, thus failing to restore human dignity.

Several consultations on the role of the AU in transitional justice in Africa have been held in Banjul, the Gambia; Cape Town and Irene, South Africa and Lome, Togo in order to develop a clear, and more coherent understanding of the contemporary application of transitional justice in Africa. These deliberations have served to ensure broad participation across different regions and sectors in the development of the African Union Transitional Justice Policy, which will be debated by the AU-STC on Justice and Legal Affairs, and hopefully adopted by the AU in January 2018. The second Continental Forum on Transitional Justice will be hosted by Sudan in
2018.