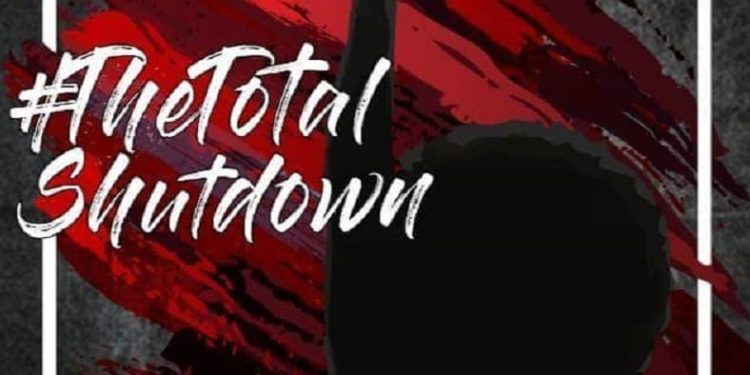 Articles, Media
by CSVR October 25, 2018 100 Views
The Finance Minister should not turn a blind eye to the scourge of gender based violence (GBV) during this year's Medium Term Budget Speech, on October 24, says #TheTotalShutDown movement. #TheTotalShutdown movement in collaboration with a broad collective of human rights and womxn's rights organisations in South Africa, is calling on government to set a bold agenda and put aside adequate resources to tackle GBV in South Africa.
"The costs related to gender based violence are too high and government can no longer continue to ignore this. As a womxn's movement we are concerned that these budget speeches consistently fail to cost and budget financial resources towards systematically addressing the crisis of gender based violence," said Sibongile Mthembu, a National Steering Committee member of #TheTotalShutDown movement.
Gender based violence is estimated to cost the South African economy between R28.4 and R42.4 billion annually. As such the radical economic transformation that is envisaged to change economic structures needs to take the rights of womxn in South Africa much more seriously.
"The state needs to explain the plans and the resources that will be invested in efforts and interventions to address gender based violence over the coming year. The medium term budget speech is the appropriate platform to do this. State resources need to be put towards the right priorities, said Nonhlanhla Sibanda-Moyo, a member of the movement. "We cannot talk about gender based violence programmes and plans without talking about the financial resources needed to implement them," she added.
As our President Cyril Ramaphosa alluded in his womxn's day speech in 2018, "A war is being waged against the womxn of South Africa." It is a war against womxn's bodies‚ their dignity‚ their right to freedom‚ their right to security and equality. It is an affront to our common humanity and a betrayal to the values of our Constitution. The #TheTotalShutDown movement is calling on the government to walk the talk –show political commitment to ending the violence on womxn's bodies by doing the following:
1. Finalise a framework on Gender Responsive Budgeting within the next 6 months. The government has been dragging its feet with regards to completing process, delays in the regard will continue to compromise the lives of womxn in the country. This framework must be used to develop a specific strategy for resourcing gender based violence.
2. All future Medium Term Budget Policy Statements should include a reflection on budgeting for gender based violence.
3. Engage, collectively with other civil society partners in a costing exercise that will seek to determine the full cost of addressing Gender Based Violence and rally various partners to put in money towards addressing the scourge. This process must be done parallel to the above mentioned process.
4. Governments' planning must be paired with Gender Responsive Budgeting and Evaluation. There must be clear indicators in this regard.
The womxn of South Africa can no longer afford to wait!For more information and interviews, contact:

Nonhlanhla Sibanda
Organisation: Centre for the Study of Violence of Reconciliation