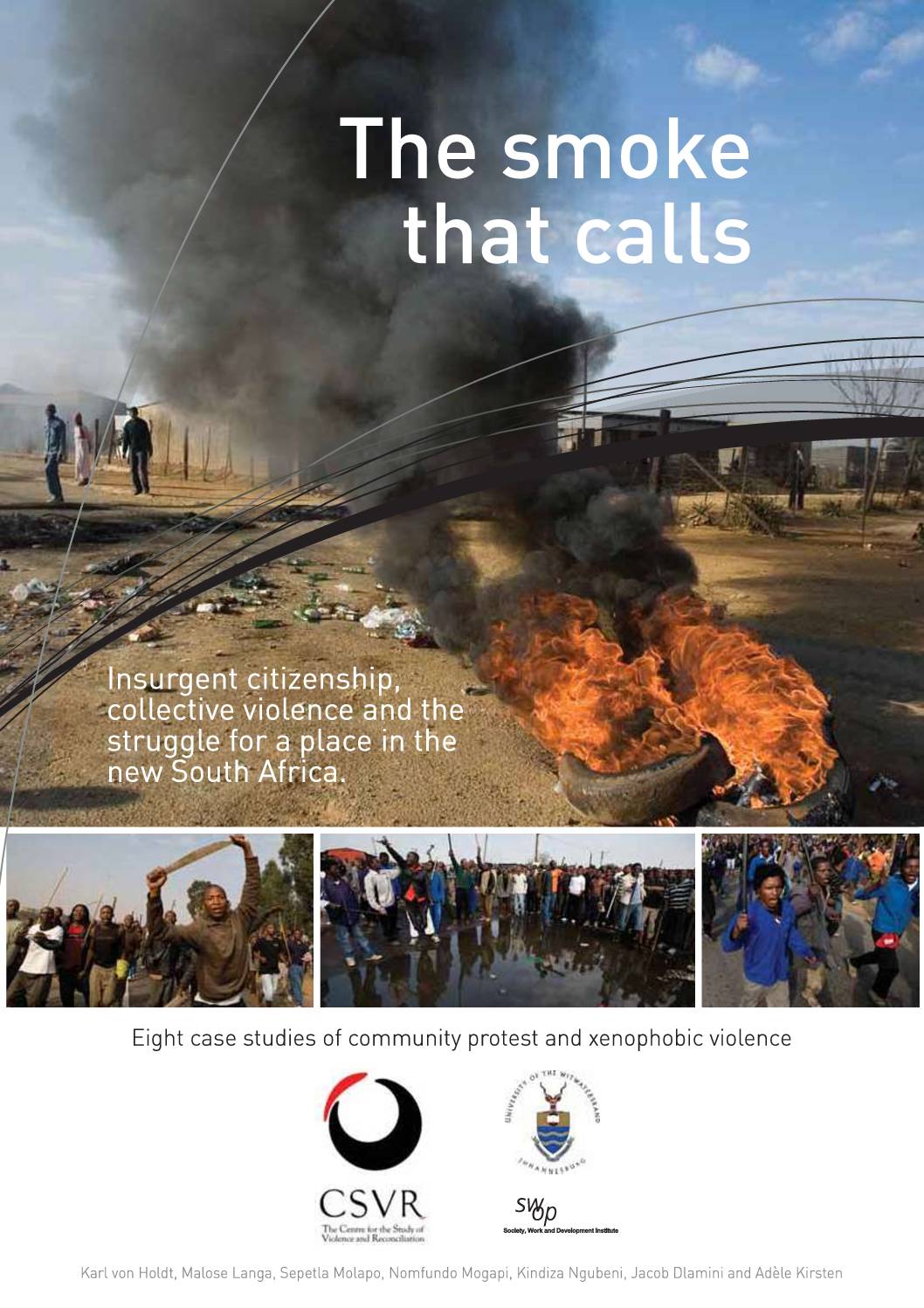 The origins of this research lay in the wave of xenophobic attacks which swept across South Africa in May 2008. The report looks at xenophobic violence and community protests together, drawing the links both empirically as one form of collective action spawns or mutates into another, and theoretically through the concept of insurgent citizenship. It combines an attempt to understand the repertoires and meanings of collective violence with a wide-ranging analysis of local associational life, local politics and class formation. The report highlights the critical role played by the police in spurring collective violence, and the role of the youth in spearheading xenophobic attacks as well as engaging in battles with the police and destroying public property during community protests. It notes that unless widescale strategies for social and economic inclusion are adopted, social fragmentation and violence is likely to continue.

The Society, Work and Politics Institute (SWOP) is one of the University of the Witwatersrand’s most enduring research entities. Its work is shaped by the overarching aim of producing knowledge to help understand ‘the making and unmaking of social order’, with a particular focus on disadvantaged communities and the problems they face, as well as collective efforts to effect change