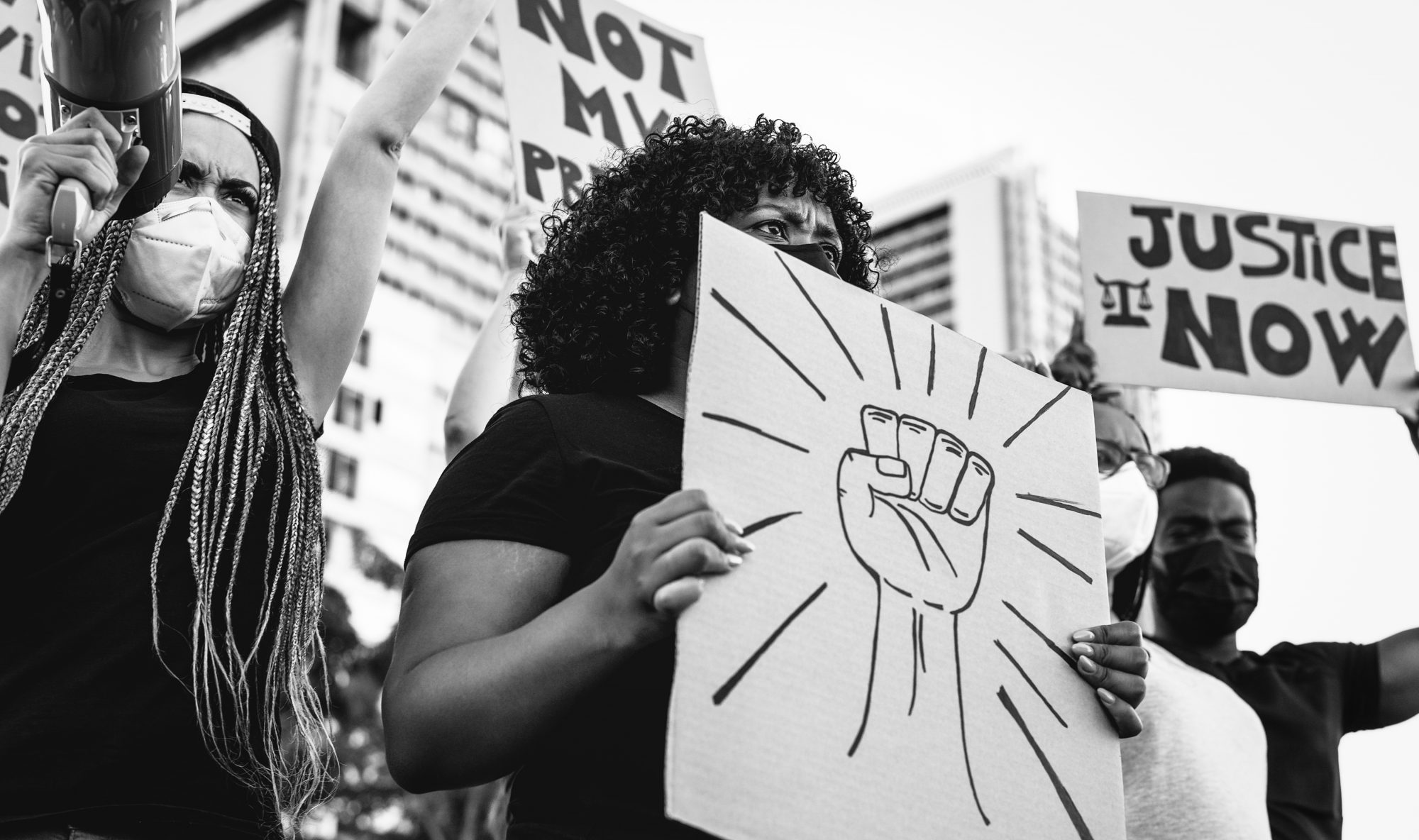 Richard Smith – who serves on the ACTION Steering Committee member and is active in the Peace and Development Platform (PAD) – was in Sudan at the same time as Garang to assist in facilitating a peacebuilding training for members of community youth groups from across the country. The programme was supported by the Azza Women's Association, the Centre for the Study of Violence and Reconciliation and the International Rescue Committee.

July 9th 2005: Over a million people packed tightly into the Green Area in central Khartoum. Standing shoulder-to-shoulder, waiting patiently in a rare moment of Sudanese unity. Representing young and old, Northerners and Southerners, rich and poor, together for a momentous event in their country's history. Dr John Garang was back.

His inauspicious death in a helicopter crash sparked off a period of anger and mourning. The Sudan People's Liberation Movement (SPLM) had lost its leader, and the fragile peace was struck a dreadful blow.

Garang was last in Khartoum in 1983. Further away in the south, 105 Battalion, a government force of mainly southern Sudanese, had been ordered to re-deploy to Shendy town in the north. The troops refused and declared a mutiny. President Nimeiry needed a loyal and brilliant army officer to re-establish order. Garang was sent in to play the role. Instead he joined the mutiny and immediately began to lay the foundations of a resilient and powerful liberation movement.

The SPLM and its armed wing, the Sudan People's Liberation Army (SPLA), began a 23-year struggle that would leave 4.5 million people displaced, create 500 000 refugees and result in the death of an estimated 1.5 million Sudanese. The liberation movement itself would be accused of human rights abuses, including forced recruitment of child soldiers and sexual violence.

The signing of the Comprehensive Peace Agreement (CPA) in January 2005, which led to Garang's signing-in as First Vice-President, heralded a new beginning for Sudan's long-suffering population. The CPA is 'comprehensive' in that it is made up of six protocols. Each deals with different aspects of the complex Sudanese conflict. Power and wealth sharing, Abeyei and the Blue Nile areas, land ownership, security and an agreed declaration of principles.

As evidence of the truism that negotiations are a patient process, discussions leading to the agreement began in Abuja in 1990. Four years later a 'Declaration of Principles' was agreed that remains the backbone of the current agreement. But it took another eleven years of stops and starts to get to the CPA.

Key areas of disagreement surrounded the right to self-determination of the people of the south, plus the extension of this right to populations living in other areas of a large and diverse nation. An underlying racism also struggled with this diversity in other ways. For example, according to Dr Paul Wanni from the University of Khartoum, who played a part in most of the process, "Dinka, a language spoken by a majority ethnic group in the south, was repeatedly described as a dialect. But when asked which language it was a dialect of there was no answer."

Each of these issues has, at least partially, been addressed. The protocol on power sharing states that diversity is an integral part of the agreement. It also states that within six years the people of South Sudan, Abeyei and Blue Nile will participate in a referendum on self-determination, monitored by an International Supervisory group. National democratic elections are scheduled for 2009. The freshly drafted constitution has a position on language rights; there is provision for an independent judiciary and provisions in place for sharing seats of power and the revenue from a lucrative oil trade and high development expectations.

At the same time, serious contradictions and a net of gaps make this agreement almost as fragile as they come. Part of the CPA states that Sudan should be secular and not religious, presumably as an acknowledgement of the equal status of Sudan's diverse religions. Though further in the agreement it gives Sharia status to the north, secular status to the south and makes Khartoum a secular enclave.

Disputes over the drawing of boundaries for each area also remain tense. Legalistic procedures that do not involve people run the risk of being rejected or inflaming old coals. In addition, other key areas like the Nuba Mountains have no provision for a referendum and are expected to fall in with the agreement despite their lack of involvement. The tensions in Darfur are also not addressed directly.

Policy over militias and their weapons is also weak. Because the peace agreement was essentially a deal struck between the SPLM and the Government of Sudan combatants from other forces are not included in it. They have to join either the SPLA, turn up at a government barracks or be excluded from any official compensation and salary package. It is expected that a United Nations (UN) or African Union (AU) led force would join a Sudanese joint armed forces group to disarm any disrupting militias.

There is also little acknowledgement of the massive human operation involved in returning millions of people to their own land, the local disputes that will arise over occupation and ownership and the enormous efforts that will be required to establish some form of human security.

In the land protocol, land that had previously been owned by God and protected by government, is now stated to belong to the people. Included in this is an acceptance that if the state or a corporation wants to use land, they first have to obtain permission from, and pay compensation to, the local community.

It is these issues that offer key opportunities for community-based peacebuilding and conflict transformation programmes to contribute practically to deepening and consolidating the fragile beginnings of human security. It is only a coordinated effort that acknowledges the role and contributions of all actors, including community-based organisations (CBOs), which will bear the fruit that nourishes all Sudanese.

The protocols included in Sudan's Comprehensive Peace Agreement provide a strong basis from which to begin to raise awareness over community rights and to use this as a catalyst for empowering and organising communities into structures that can gain control over their own development. Many questions will arise as to how the legitimate representatives of the community will be identified and how such a law will be enforced in the face of the grossly unequal power relations that characterise modern development. But the foundation is there to begin to use new laws to define new relationships.

Peacebuilders from local youth and women associations have already become involved in a peacebuilding programme that is based on a conflict transformation approach. Local community members will be trained in participatory dispute resolution skills and facilitators will involve communities in discussions and actions that contribute to peace and development in Sudan.

In addition the AU along with its Peace and Security Council (PSC) and the international community are gearing up for a major operation that will extend their involvement in the Darfur region to cover much of the rest of the region. PAD will continue to engage these bodies in an effort to complement and strengthen efforts aimed at building human security.

Perhaps the AU summit in Khartoum, scheduled for January 2006, will provide a platform for the invaluable contribution of these practitioners and activists to at last be recognised. Like thousands of others it is these contributions that determine whether the paper on which the CPA is signed is just another piece of scrap or worth its weight in gold for the new lives it marks the beginning of.

Richard Smith is the Programme Manager of the Peacebuilding Programme at the Centre for the Study of Violence and Reconciliation.

Originally published in Drums of Change, a quarterly newsletter of the Peace and Development Platform, Vol. 2 Issue 3, September 2005.