Over the past months newspapers have frequently featured stories and disturbing front-page photos of violent vigilante attacks. The ongoing coverage of these acts has lent the impression that we are experiencing in South Africa a sudden increase in 'mob justice'; an increase that is perpetuated by a frustration with the criminal justice system.

Whilst the stories of vigilantism profiled by the media are disturbing and require a serious response, it would be wrong to assume that the increased reporting necessarily means that this is an increasing phenomenon. Vigilantism is a 'hot topic' with much sensationalist attraction. As such, it makes for good 'news' and stories of it are often actively sought out. But media reporting does not merely present reality, it can also contribute to it. The increased profiling of vigilantism may be having an adverse effect – lending credibility to these acts as a legitimate outlet for community frustrations.

As those who engage in vigilante violence justify the acts as being in aid of fighting crime, there is a causal assumption made unquestioningly in our media – that mob violence is an inevitable consequence of high crime and the perception of inadequate policing. This assumption does not tell the full story. It fails to account for the fact that vigilantism often rears its ugly head even where these factors are weak. For example, the organised vigilante group Mapogo originated in the Northern Province where rates of crime are comparatively low in all categories. Any attempt to understand vigilantism needs to look at both its history in South Africa, as well as broader factors.

Vigilantism in South Africa is not a new phenomenon. Organised vigilante groups existed long before the transition, many operating in support of the apartheid state. In the new democracy, vigilantism is represented as being about 'crime-fighting' and is expressed as being a frustration with the inadequacies of the policing and justice arms of the state. People feel frustrated that the Constitution 'benefits' criminals and this is understandable, given that many South Africans have never experienced or profited from due process, and that the transformation of our policing services to one based on human rights values is taking place in a climate of high crime. This perception of a criminal-friendly Constitution is certainly not assisted by the remarks of high profile politicians who question the rights of criminals.

Vigilantism however is not unique to our country. Nigeria, Guatemala and Brazil are just a few countries battling to stop their citizens from taking the law into their own hands. Countries in transition are particularly susceptible to various forms of social violence, largely as a result of their emergence from recent conflicts – conflicts that brutalise the population and normalise violence as a solution for conflict-resolution.

Unless checked, vigilantism can initiate a dangerous self-perpetuating spiral. Mob justice is characterised by violent methods, often resulting in death. Vigilantes are therefore contributing to crime and lawlessness themselves, and in doing so are threatening the very human rights culture upon which our new democracy is built. Rather than alleviating the crime situation, vigilantes are exacerbating it. This means that the limited resources of the police are stretched even further by having to investigate vigilante violence in addition to the initial crime that brought it on. This weakening of the criminal justice system can in turn contribute to increased levels of crime.

Whilst government has made some real progress in increasing the efficiency of the criminal justice system, wholesale transformation of this sector cannot be achieved overnight. In the interim, positive participation from communities is required. Increased profiling and coverage needs to be given to those communities that have found effective ways of fighting crime through legal and non-violent means. A creative strategy by one community has been to form an organisation that walks people home from the taxis and buses at night – ensuring that their vulnerability to becoming a victim is reduced by the presence of others. Other communities have worked to ensure that their Community Policing Forums are functioning and effective.

Education of the methods and workings of the criminal justice system and the benefits of a human rights culture are also necessary. Because of the role played by the police under the apartheid regime, black communities often relied on their own informal institutions for justice and control. The formal justice system has had to establish its legitimacy over these previously used methods during a time of flux and rising crime. In this setting, informal justice is nostalgically looked back upon as having been effective. The absence of summary justice is associated in some minds as the reason that crime is increasing. This is coupled with a not always clear understanding of the way in which the criminal justice system operates. For example, a national survey conducted in 1998 found that over eighty-five percent of respondents opposed bail for murder or rape suspects. They also found however that many South Africans do not understand the reasons for the bail system.

Frustrations with the police and courts are rooted in real issues and must be addressed jointly between communities and the government. However the culture of violence in South Africa cannot be eradicated or reduced by resorting to violence as a solution – it will only spiral us further into lawlessness, increased levels of crime and disrespect for human life.

Bronwyn Harris is a former Project Manager at the Centre for the Study of Violence and Reconciliation.

Originally published in The Sowetan, 1 July 2003. 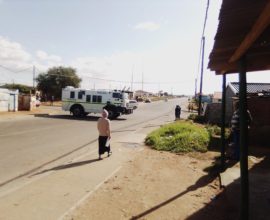 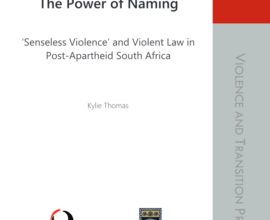 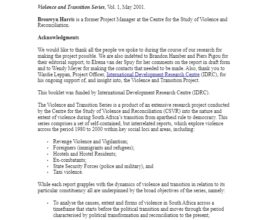 As for Violent Crime That's Our Daily Bread: Vigilante Violence During South Africa's Period of Transition

Guardian or Gangster? Mapogo a Mathamaga: A Case Study 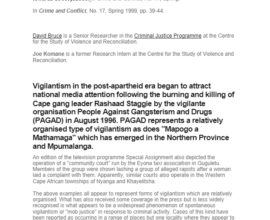