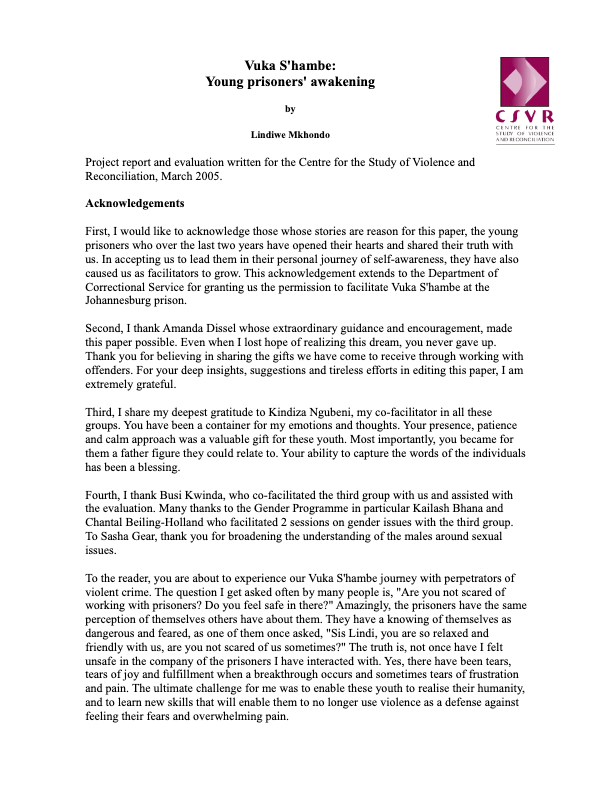 In 1999 CSVR undertook a project called 'The Voices of Young Offenders' which involved 24 offenders incarcerated at Leeuwkop prison. This research study investigated some of the reasons these youth ended up in jail, their ideas about crime and violence. Vuka S'hambe arose out of this project. It began as a life skills project aimed at reintegration of young prisoners at the Johannesburg Prison. Three groups have been facilitated between March 2001 and March 2003. Although the work of Vuka S'hambe has continued into 2004, this report focuses on these three group interventions.

Lindiwe Mkhondo worked as a psychologist at CSVR, and is currently a director and executive coach at Change Partners, a South African coaching provider 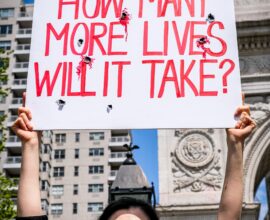