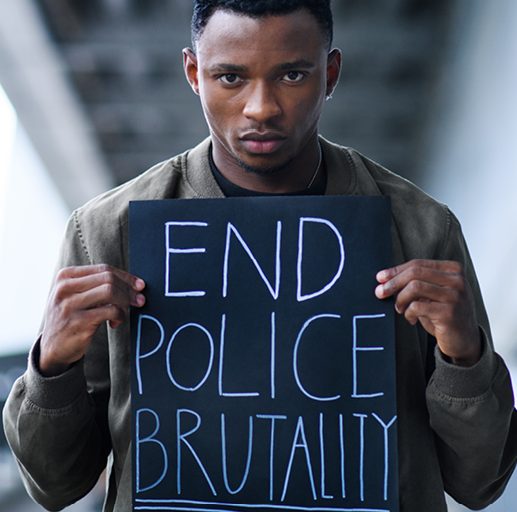 Should there be any circumstances where a person is lawfully able to kill another human being?

But while killing in self defence is justified, in the same judgment the court declared that the death penalty is against the South African constitution and therefore illegal in South Africa.

The court said that killing in self-defence or necessity differs from the execution of a criminal by the State. Killing in the form of capital punishment 'takes place long after the crime was committed, at a time when there is no emergency'. Most importantly these killings take place in circumstances where there are alternative options in the form of long sentences of imprisonment.

The issue of killing is once again before the Constitutional Court, though in a slightly different form. If South African law states that killing in self defence is justified but that the death penalty is not justified, what, the Court is now being asked, does the Constitution say about the killing of a fleeing person?

Where there is no other way of apprehending the person, should the law permit shooting at a person who is a suspected serial killer? What about a hijacker who has just stolen an expensive car at gunpoint from a well-to-do business owner? What about a stock thief who has just stolen the only cows from a poverty stricken family living in rural South Africa? What if the person is a cell-phone thief? What if the person is a suspected rapist? When would shooting at a fleeing person be reasonable and proportional to the circumstances?

But the issue is not just one of the types of offences in relation to which shooting may be justified. If police decisions to shoot at a fleeing person are often made on the spur of the moment, what about the risk that the person killed will be innocent? If killing in error is a substantial risk, how can the law minimise this risk? What standard of belief should the police be required to adhere to if they are to conform to the law?

The issue revolves around the constitutionality of a core apartheid era law, Section 49 of the Criminal Procedure Act. During the days of apartheid Section 49 was a key aspect of the legal arsenal available to the police, a law which authorised major reliance on the use of lethal force and provided legal justification for police brutality.

Section 49 was declared unconstitutional in July last year by the Transkei High Court. In the case concerned, S v Walters, a bakery owner and his son shot at and killed someone who had broken into the bakery.

The Constitutional Court now has to decide whether to confirm the finding of the Transkei Court.

At the same time the issue is also the subject of a controversy in government, after the passing of legislation to amend Section 49 in 1998. The SAPS and Minister of Safety and Security, Steve Tshwete, have defied the will and authority of parliament, by refusing to implement the legislation.

The key question which both the Constitutional Court and government are grappling with is, 'if the law is to authorise shooting at a fleeing person in order to prevent their flight, how should it do so?'

The controversial 1998 amendment to the Criminal Procedure Act, which has thus far not been implemented, answered this question by adopting the Canadian approach which focuses on people posing a danger of 'future death or grievous bodily harm'.

In June last year the Supreme Court of Appeal, in the case of Govender v Minister of Safety and Security, followed the approach taken in 1985 by the US Supreme Court in Tennessee v Garner which refers to suspects who have 'committed a crime involving the infliction or threatened infliction of serious physical harm.'

Of course the legislation, and court judgement, emphasise that lethal force against a fleeing person can only be justified where there are no other means of preventing the suspect's flight.

In circumstances where a person is reasonably believed to be a fleeing vehicle hijacker, this would constitute an offence involving 'the infliction or threatened infliction of serious bodily harm'.

In terms of the Govender judgement this would clearly qualify as a case where the use of lethal force would be justified to prevent the flight of the suspect if there is no other means of apprehension.

However if the 1998 legislation is brought into force, the truth is that no-one will really know, whether or not a fleeing vehicle hijacker is to be seen as someone who poses a risk of 'future death or grievous bodily harm'. The question will effectively only be answered after a number of cases on the issue have been brought before the courts.

The current legal situation in South Africa is also different from that in countries in North America and Europe in one very important way. Whilst in these countries the legal framework regarding the use of lethal force for purposes of arrest (as opposed to self defence), authorises the use of force only by the police, in South Africa this power extends to ordinary members of the public (as well as the growing number of armed security guards).

The fact that this power of life and death lies in the hands both of untrained civilians, and police, many of whom are themselves poorly trained and semi-literate, means that we need a legal framework that is defined in very clear terms.

The law should also give support to principles of respect for life and serve to protect people against threats to their safety.

Partly because of the crime situation, many people in South Africa are resistant to a more restrictive framework for the use of force in effecting arrest.

However in the United States, the restrictions imposed by the US Supreme Court in the case of Tennessee v Garner were supported by many police agencies. These restrictions have not resulted in increased crime or in increased danger to the police, and have enabled many police agencies to win credibility for observing high standards of professionalism and integrity in respecting human life.

The forthcoming judgment of the Constitutional Court in this matter is therefore to be anticipated with enthusiasm. Clearly this issue needs to be urgently resolved so that both police and members of the public can know where they stand, and South Africa can move beyond the current confusing situation.

Originally published in The Sowetan, 17 April 2002.